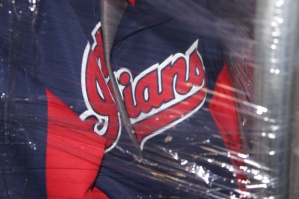 Load up the trucks, let’s get this show on the road.

Finally, we’ve arrived at the final part of what has turned into a trilogy of Indians offseason analysis. In today’s finale, I’m taking a look at the pitching staff and what the Tribe might have in mind heading into Spring Training. Speaking of Spring Training, pitchers and catchers report on February 10th. If your math is as questionable as mine, all you need to know is that we’re inside 2 months until baseball is back. No matter how bad the Indians have been lately, I still rejoice every time I read the annual “trucks have left Cleveland for Goodyear” article.

Without further ado, let’s wrap this thing up and talk pitching, something that is clearly a focal point for Chris Antonetti and his staff this Winter.

Let’s start with the starters. As of now, the first five listed on the depth chart on Indians.com are Masterson, Jimenez, McAllister, Kluber, and Gomez. The other two on the list are David Huff and the new guy, Trevor Bauer. Obviously, this is not a depth chart that has been submitted by Terry Francona himself, but it’s somewhere to start.

Justin Masterson and Ubaldo Jimenez. Both are guys with immense amounts of “stuff” that had immense struggles in 2012. In a story on the Indians’ official website, Masterson pointed to shoulder surgery back in October of 2011 as a setback that threw off his mechanics last season. Because of the way he pitched prior to that surgery in 2011, I’m going to buy that reasoning and believe him when he says a full offseason at full strength is going to allow him to be back in form for Opening Day.

As for Jimenez, it’s looking more and more like trading Alex White and Drew Pomeranz is going to bite the front office in their collective behind. Still, this is going to be only his second full year in Cleveland, and while his 2012 numbers were nothing short of horrid, a new feel in the clubhouse could help (reaching here, but you never know). Clearly, the Rockies knew something the Indians didn’t about Ubaldo, and it still isn’t exactly clear what that is. I’m praying that Jimenez can contribute in a somewhat-helpful fashion in 2013, because if he doesn’t, he is not going to yield anything worthwhile in the trade market.

The rest of the rotation, well, just wasn’t good last season. At all. Carlos Carrasco is coming back from surgery this offseason, and Antonetti and company are at least pretending to be excited about what he may bring to the fold. I’m not going to rule out Carrasco, because like many of the guys that have been up and down between the minors and Cleveland over the last couple of years, he hasn’t been able to produce a sample large enough to evaluate.

Possible options that have been reported as suitors for the Indians rotation have been Edwin Jackson and Shaun Marcum. Both are middle-of-the-road big league options, with the 31 year-old Marcum posting slightly better numbers in 2012. Jackson strikes more guys out, and also benefitted from playing on a very good Washington club last year.

The issue that I see here is that they are both right-handers, and the Indians currently don’t have any lefties in the rotation or anywhere close to it. At any rate, they’re veteran options that, even though they’ll both be coming from the National League, would likely be improvements over guys like Kluber and McAllister.

As for the Bullpen Mafia, though they will be down one original member (Tony Sipp), they will still presumably be the strength of this ball club. It starts with Chris Perez (actually it technically ends with Perez but I’m starting with him). He’s perhaps the least popular player among fans for his statements in the media that, though they were stupid, were 100% accurate (a whole other story for another day). Love him or hate him (I love him), he managed to be the 6th best closer in Major League Baseball on a team that gave him very few opportunities. In essence, ignore what he says when he calls out Cleveland fans for being among the most pathetic in baseball, and enjoy the fact that he gets as many (sometimes more) saves as some closers that are on playoff teams. 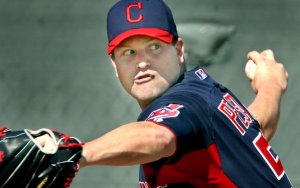 We’ve talked recently about the new additions to the ‘pen in Matt Albers and Bryan Shaw, both of which should be serviceable arms (even though they’re both righties in an already righty-heavy group) in 2013. Vinnie Pestano is one of the best set up guys in the business, and I swear that if the Indians trade him (or Perez, for that matter), I will march on Progressive Field unless the guys we get in return are named Mike Trout or Bryce Harper. Even then, it’s unlikely that those two combined are as cool as Vinnie or Chris alone.

The lefties in the bullpen as of now are Scott Barnes and Nick Hagadone. Im alright with this, as both are young and largely inexperienced. In particular, Hagadone has a live fastball with good movement that can be deadly in relief. The only way to find out about these guys is to give them work regularly, so here’s to hoping Francona does just that this season. They’re two young arms that could very well be good changes of pace, considering all of our starters will be right handers unless something unforeseen happens.

That does it for the offeseason observations of the Tribe thus far. In related news, Nick Swisher is indeed in Cleveland today, and apparently his name, picture, etc. were illuminated on the big screen at Progressive this afternoon. Pretty cool to see the red carpet being rolled out for him. Like I said yesterday, he’d be a great addition to the lineup and the clubhouse.

Across the plaza, Dion Waiters returns for the Cavs tonight against the Raptors. Hopefully, tomorrow’s story on here will be about a successful return and a Cavs win. I’ve also been hearing rumors that Michael Lombardi could be the next General Manager for the Browns. If that happens, I’m down to torch and pitch fork up.

Talk to you all tomorrow.

P.S. I strongly encourage you (basically begging) to follow us on the Twitter and Facebook over on the right side of the page. It’s a good way to keep up with whats going on and get some opinions (hopefully, entertaining ones) on the daily happenings in Cleveland and elsewhere. As always, I really appreciate you reading and would love your feedback, even if you think I’m a horrible writer and/or total idiot. Thanks.