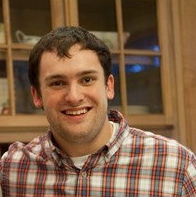 Welcome to Believing Since 1999, a Cleveland sports blog relentlessly fighting for fourth place. That was my first attempt at a name and a punchy tagline when this site was founded, and I decided to stick with it.

The meaning behind the name is pretty simple: The Browns came into my life in 1999 and the Indians edged the Twins by two games for fourth place in the AL Central when the blog was born during the 2012 season.

In the interest of keeping this kind of short, the site started in an attempt to build a clip file for a budding career in writing when I was a student at the University of Louisville, and it ended up serving that purpose. After a fairly long break — see the big gap between posts starting in October 2014 — I’m hoping to fire it back up.

If you’re interested in the whole story so far, keep reading.

After starting Believing Since 1999 (and writing a few things about Louisville for Bleacher Report), I was given the opportunity to write for The Cardinal Connect about Louisville athletics. From there, I worked for a couple of seasons in media relations for the Louisville Bats (the Triple-A affiliate of the Reds), writing and podcasting about the team along the way.

Near the end of my second season with the Bats, I joined SB Nation’s Card Chronicle as a contributor, where I still write about what’s now my alma mater. That opportunity/exposure landed me an incredible internship with Sporting News at the beginning of 2015, which made me an exponentially better writer in a very short amount of time.

Hopefully, that winding path will help this blog be a fun and worthwhile place to find some Cleveland sports opinions to from time to time. I really appreciate you taking a moment to read along. If you have comments or questions, you can contact me below.